So you have decided to switch from traditional television set to HDTV finally, shopping a new television is itself an awesome experience, you are excited to bring home a top notch product that is going to change the way you used to watch television. High Definition Television sets bring the better picture quality with authentic sound which will make you stick to television set all day long.

Picture quality is what everyone is concerned about before buying any Television. But the other aspect like cutting edge technology specs and thinner design is just other thing you will want in your television set. Both Samsung and LG are rivals in almost every electronic segment they deal in, but then LG is the first company to bring affordable television sets to home. Let us see few of best selling LG LED TV In India as on date. While the new buzzword in town is OLED 4K 3D TV, but people still prefer to go with LED television because of its low price. Here listing top 4 LG LED TV Models which are bestsellers in Indian market.

What should you look for in a new TV?

buying TV is not rocket science, there are few things which you need to keep in mind before placing order. First thing first, 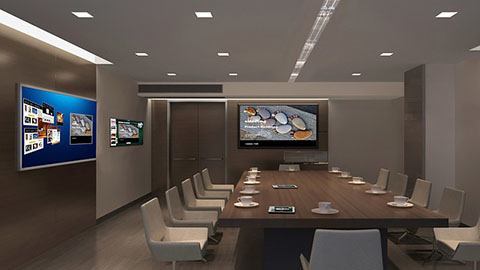 OLED Vs LED vs Plasma Vs LCD :  one should always buy a TV that looks best to eyes. OLED is new jargon, if you can afford to buy OLED TV nothing can be better than that, on the other hand LED TV’s are quit popular in India because of its realistic picture quality and affordable price.

Connectivity Options :  USB Ports, HDMI Ports and Ethernet Connectivity are few things which you should look for in a new tv. Few TV models also offer WiFi as connectivity option which cannot be overlooked.

Smart TV :  They are basically Internet ready TV with streaming options from mobile phone or any other handheld gadgets. So look for Television set which are Internet ready.

Warranty :  The more is good, check with your manufacturer how much warranty they are offering. You can also avail extended warranty on new television sets for which you have to shed extra amount from your pocket.

55 inch led tv is very popular in India, while you have other variants which ranges from 32 inches to 49 inches. LG is market leader in LED TV and its latest TV Models are much affordable as compared to other competitors.

Family Finance: How to Reduce Your Risk of Bankruptcy

Can Your High-Tech Accessories Help the Environment?

Rahish on Purchasing New Parts for Your Computer

Nancy on Securing Your Smartphone with Ingenious Mobile App Developments

Keshav on How to improve your SEO Link building

Rohit on Is Social Media The Right Thing for Your Business?